14 haunted stories edited from a tomb on the west side of Chicago, has cemented itself into published history with a new and first collection: Gothic Blue Book.  Throughout the collection you’ll be told off by death, meet a vengeful Poe fanatic, a sinister priest, get drenched in blood, desolated at a beach house, party with the dead at a shadowy cemetery, and of course there’s all the usual suspects of ghosts, murderers, monsters and paranormal events that lurk in such tales. Therefore, if that’s your bag, you might want to check this book out. Get introduced to some fresh slabs and venture the pages of seasoned horror-word mongers like John Everson.

My personal fav is ‘Death and all His Friends’ by Abe Grace, a very short and humorous piece that had me laughing much after I read it. Still, I recommend flipping to any story and you’ll find something that’ll keep you reading. Editors: Cina & her hubby Gerardo Pelayo, along with their assistant editor P. Maxwell, made sure to score some of the finest Gothic stories and poems they could get there creepy little fingers on.  Next time you’re on the hunt to burn some change on some modern Goth, take a look at Goth Blue Book. 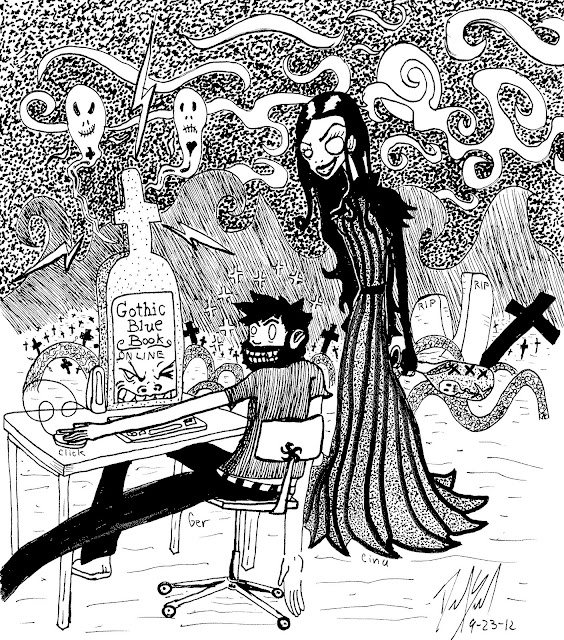 For more check out their site filled with stories, events, and of course Gothic Blue Book. They are interested in monthly submission for the web and the dead line for the second volume is July 13, 2012:
http://www.burialday.com/

For purchase, you can get this collection on Amazon. Oh, and did I mention the awesome cover art by Abigail Larson? Awesome!
If you have Kindle get it for a steal at 99 cents.
http://www.amazon.com/dp/B005UIQYHU
Or classic paper in your hands:
http://www.amazon.com/Gothic-Blue-Book-Cynthia-Pelayo/dp/1466422432/ref=tmm_pap_title_0/190-1660063-1574846
And of course my all time favorite link, like them of the book, the big book of faces.
http://www.facebook.com/burialday 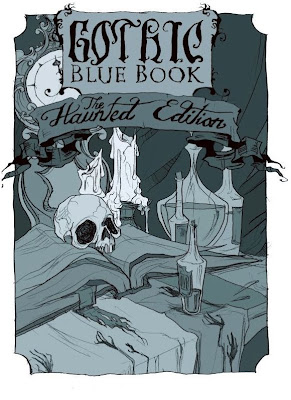 RHINOFEST 2012 is Setting the World on Fire

Intelligent, funny, and packed with a medley of pop-culture and literature, the current production of writer Megan Lang and director Cortney Philip’s sci-fi comedy about bad poetry “World on Fire” is at the Prop Theater and it’s setting the stage on fire.

The use of space and transitions between scenes was very groovy. One of the best 5-6 second scene in a play is a quarter in when introduced to The Captains Time Machine. The acting well executed and well suited for their roles, most notably The Captain played by Tommy Hefron. What’s most engaging though are the lines usually coming out of moments of static which somehow makes it the more funnier. “But who will edit Harry Putter?” was by far my favorite line which was pleasantly snuck between one of the more dramatic scenes of the play.

There’s one more show left Saturday, February 11 at 1 p.m. and at the price of 15 smackaroos or pay what you can this is easily a good way to spend your Saturday. Emphasis on ‘pay what you can': I paid with two Twizzlers and a Cliff bar wrapper.

For tickets, a synopsis, cast details and all that Jazz check out Rhinofests 2012 calendar or wherever tickets are sold.

(one of my illustrations at some point or other)
Posted by Subterranean Art Jive at 2:03 PM 2 comments: Links to this post